I’ve been interviewed by Anna about Syria. With her interesting questions and lovely approach, I hope you enjoy the interview published on her blog – comments are there too:

Thank you very much, Miss A, for giving me the opportunity to talk about Syria on your wonderful blog. Please note that the following answers were prepared by my whole family. We sat together for an hour or some drinking coffee and answering the interview’s questions 🙂

Q: Pretend it’s 2010 (if that’s a year you lived in Syria. I’m just choosing a year before the war) What would you tell a tourist to do and go in Syria?

We hope the war ends soonest, so we can invite you all to visit Syria – a beautiful Mediterranean country. Every part of Syria has its own charm. We have deserts, mountains, ruins and cultures, coastal areas and green areas across the country. I need many posts to cover them all. However, I’m going to mention two places for now in Damascus: Old City and Bloudan.

You may visit my Syria’ album at my Gallery page.

Q: According to archeologist the Syrians have been drinking beer and wine for 4000 years. That makes me think I might be Syrian. Tell us more.

Damascus is the world oldest capital where the most delicious wine is made. Syria has the best grape vines, olive trees, and citrus fruits. Fresh grapes and citrus juice, or even barley juice, can do it for non-alcoholics. P.S., some argue that Damascus is the oldest city ever.

Q: Is it correct that Syria used to be famous for having the most beautiful railway stations in the world?

Hijaz station is the oldest railway in the area that is connecting Makkah with Damascus. As they are old and usually pass through beautiful places in Syria, trains are very suitable for families’ gathering; they are used mainly for the sake of fun and picnics.

Q: If you had to choose, which animals would the Syrians be if you weren’t humans and why?

Hmm!!! If we had to, I can say that we have the best of each 😉
Patience from camel, power/determination from eagle, humbleness from gazelle, …

Q: Which weird kind of food do Syrians eat?

Syria is very famous with the variety of dishes. Most of them are complicated and prepared on multiple levels until the final dish be ready. I consider Ozzie a weird food; baked dough stuffed with rice, meat, peas, and nuts!

Q: In Sweden we take out shoes off when entering a house. What kind of customs do someone that hasn’t been to a Syrian home need to think about before entering?

Oh my God, we do the same! All are to take shoes off before entering the house – often. Guests sit in the place assigned to by the hosts in a specific room (guests room). Appointment for visiting isn’t required in general; however, we ask for permission before entering… When food is offered, guests should have some (at least).

In general, all Syrians have the mentality of hospitality. If the invitation is for meal, the food should be home-made prepared by the land lady. To celebrate the guests, the host’s neighbors, friends, and family members might be invited to attend the gathering too.

There are morning gatherings for house wives on a periodic basis and usually they’re served by light delicacies. Female neighbors, even if they are foreigners, could expect an invitation. Relatively in weddings, the family of the bride and bridegroom usually welcome guests for 7 days after the wedding or after the newly born babies. P.S., wedding parties, originally, are not mixed – one party for men and a separate one for women.

Q: Who wins the hummus war? I understand this is a sensitive question between Syria, Lebanon, Israel and Jordan.

Hummus was originated in the Levant – centuries ago. The Levant (was referred to as Greater Syria) consists of Syria, Lebanon, Palestine, and Jordan. Each of which has its own tasty recipe of making this traditional dish. 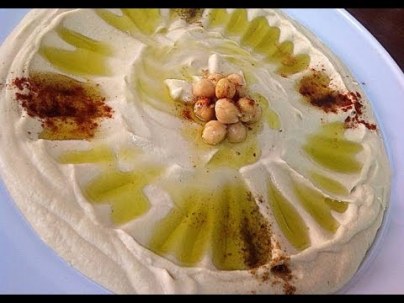 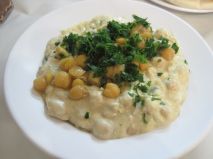 Q: The Syrians seems to be extremely social. Why is that? (This is a very Swedish question as we are not really known to be super social)

It’s in our blood. We are connected and very interrelated to the max. We share happiness and sadness with all our neighbors, families, and friends.

For example, in marriage, the family of the bride might collect information about the bridegroom’s profile from his neighborhood before giving the final acceptance. Another example is when you ask someone in the street about the direction to some place; they might not leave you until they make sure that you reached your destination. Furthermore, we might also offer advice even without being asked for…