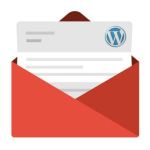 Usually, I write about things that are on my mind or problems I’m trying to find a solution for. I would like to bring some issues to the team’s attention that I have noticed through interaction with WordPress.com:

There is no one for Facebook Like when official style is used. It’s only a share button. As there is a Google +1 button, we expect to have the same for Facebook. People now are more into making G +1s or FB Likes for sites they visit. It’s faster and easier. Relatively, WordPress default sharing icons show the counts of sharing or likes on Facebook button but not on Google’s. Here, we expect a fix or an option to hide the counter from being displayed.

Sorting order is confusing if the last page of comments is to be displayed first. Moreover, threaded comments at the last level don’t have reply button. This isn’t a problem for WordPress members that are replying through the control panel or the mobile application; but it is for non-members that are using a browser. 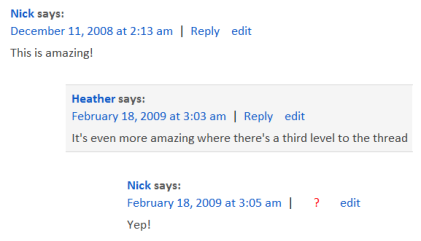 The page of displaying an image (e.g., carousel) should have an option to disable comments if needed. I’m not going to mention the indexing issue of each uploaded image as a single page; many like it this way.

There should be more options of locations and types for optimized ads. For example, disabling video ads and banners are in header only. Yet CSS can be customized to hide unwanted location or type, it doesn’t prevent the script from being executed. For performance issue, I might prefer two banners only – on top and below the post.  I know WP Support Team will argue that performance issues have been considered carefully throughout the design, but speed analysis tests don’t always say so.

We can see a list of followers and followed sites. It’d be appropriate though if the Followed Sites have an indication of following back if any.

It’s confusing that there are two versions of admin areas. The new version doesn’t have everything from the old one. On the other hand, some settings on the old version aren’t valid anymore. Should I mention the top admin black bar? It appears for the logged-in WordPress members only. However, it would be nice to have it optional as it’s in Blogger.com.

WordPress app on this platform wasn’t good at all. I understand thus why they stopped developing it on Windows 10. However, I’m sure that there are many who are using WordPress because they don’t want to use Blogger form Google. Isn’t this a good point to be considered?!

I’ll try to update this post with additional points if I came across any. Meanwhile, let’s hear in your comments what else you wish to be added or fixed in WordPress.com?

39 thoughts on “A letter to WordPress”